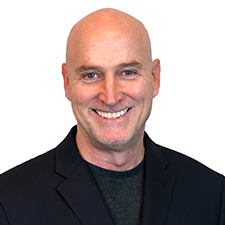 Bill Cleland was born into a Military Family and grew up in Thailand, Germany, and several states in the U.S. He attended college on an athletic and academic scholarship and then earned a Master’s Degree in International Relations from Georgetown University.

After graduate school he joined the CIA and served as an Operations Officer for 8 years.

Bill was recruited by entrepreneurs who wanted to open Mexico’s first national chain of dollar stores. Originally hired as a Regional Manager to open Central Mexico, he quickly rose to Chief Operating Officer, and later Chief Marketing Officer. The company went from 15 stores to 250 in 4 years. During this time he was mentored by the founders of Blockbuster, Boston Chicken, and Einstein Bagels.

Bill decided to move back to the US and went to work for Bank of America as a Senior Vice President and ran 2 Regions (30 branches each), and then oversaw all credit card sales in 6,100 banking centers.

He then decided he needed more time with his kids before they graduated high school so he purchased a pair of businesses that would enable him to:

He decided to go to work as the COO of The Payroll Company in 2018. A company founded in 2000 that has become a Vegas institution and is poised for rapid expansion.

He joined B.E. A. S.H.E.R.O. Foundation on the advisory board as chief financial officer in 2019.
His son, Will, graduated from Rice University in 2018 and currently works in Santa Monica. His daughter, Carolina, graduated from Cal Poly, San Luis Obispo with a degree in Materials Engineering later this year.