Domestic Violence does not have to be endured! 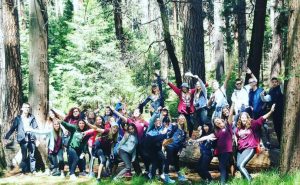 Domestic Violence is an epidemic across America as it is in the rest of the world.

It is rarely a simple solution for an abused partner to simply ‘walk away’ from an abusive relationship.

Once you form a bond with someone in an intimate relationship, victims often stay with their partners in the hope that their partner will change their behaviour. Victims often feel they are failures as they try to show more love to their abusers, better meet their needs or stop making mistakes that they are being accused of.

“You can get caught in a trap of catering to him, trying to fill a bottomless pit. But he’s not so much needy as entitled, so no matter how much you give him, it will never be enough. He will just keep coming up with more demands because he believes his needs are your responsibility until you feel drained down to nothing.”   Lundy Bancroft

A great place for an abused partner to start is to confide in a trusted family member, friend, and/or contact support agencies such as the National Domestic Violence Hotline (1-800-799-7233). The hotline can also help you find relevant support nearest to where you live.

Your friend may be able to contact them for you if it is too dangerous for you to do it yourself.

It will be hard to find the energy to plan moving out if you are putting all your energy into surviving each day. By confiding in someone you can trust, you can draw on their strength to help you find a way forward. They can help you plan your safe exit from the abusive relationship by helping you setting aside money in a safe place, leaving clothing at a safe place, and copying important papers where possible. You need to be able to simply walk out of your house when you leave, and with a support person present, if possible. A friend could be waiting outside your house in their car to take you for a coffee or whatever excuse you need to give to your partner.

Many women who have survived domestic abuse are speaking out to encourage those who are considering leaving an abusive relationship, and to highlight the problem of domestic violence.

“After I left I knew I could never go back, because if I did I wouldn’t be able to get out again. With the help of friends, I stayed away from his pleas and begging and promising that this time would be different, it was hard, but nowhere near as hard as actually being with him. I got counseling and talked to the few friends I had left, who were supportive and by just letting it out and telling someone, I felt a weight had been lifted and I stopped minimising the abuse.

To anyone still going through this, please leave and never look back.” ~ Ava

“I refuse to hold on to what happened and let it rule my life. I also want to make sure my son is safe and not distressed, he’s now nine but when we left he was one-and-a-half. I’ve learned so much and that’s why I speak out as an advocate. I want to empower women and say: “You’re going to be OK, you’re going to get through this.” ~ Gee Bailey

To find out more about how these women survived domestic abuse, you can read their stories here.

Leaving an abusive relationship is almost impossible if you do not get support. Domestic Violence is a common problem; you are not alone in this. Support agencies such as National Domestic Violence Hotline (1-800-799-7233) can be a huge help in getting you safely out of a violent relationship and helping you to a healthy life in a supportive community.

If you know someone in a domestic violence situation, try to get her into a safe situation where she can speak freely to you. Listen to her and encourage her to express her feelings to you. You cannot make decisions for her but you can support her in any decisions she can make to leave the relationship. If you feel she is in immediate danger, call the police and discuss her situation with them. The Domestic Violence Hotline is also a great resource to use to discuss your concerns

The lasting effects of rape can be very damaging to those affected. The feelings of fear, shame, anger and self-blaming are just some of the emotions that can afflict someone that has been sexually abused.

The website ‘Scarleteen, sex ed for the real world.’ is aware that it is common for those recovering from rape to be consumed by the ‘negative things’. The Scarleteen site aims to change that focus by looking at the success stories to encourage those suffering from abuse or rape.

The following story was written under the pseudonym ‘PoetgirlNY’ on the Scarleteen web page.

You can find her story here.

“I was raped two years ago, and was very depressed for a while. But now, I’m pretty much fine. I’m not a wreck anymore, I’m living my life and doing exciting wonderful things. Recently, I’ve even been able to do some sexual things with my boyfriend that have made me nervous, zone-out prone, and flashback-prone in the past. I trust him so much, and I feel stable enough on my own that should something go a bit wrong emotionally, I know that I won’t fall apart.

On the night of the two-year anniversary, my boyfriend slept over and held me all night. I said to him, “Look, he won. Two years later, he’s out living and being happy, and I haven’t done anything. I’m still a mess. Look, two years later, and all I can do is cuddle with you and cry.” He said, “No sweetie, he didn’t win. You’re still alive. And you haven’t done nothing. You became an anti-violence educator.” That was a really special moment because he helped me see something that I hadn’t thought about before. Two years later, the man who raped me is still probably really messed up, and still probably violent (I heard that he beat up his ex-girlfriend last year). Two years later, I’m living my life, loving, creating, and educating. So really, I won.”

If you have been raped or sexually abused, you have done nothing wrong, it is not your fault!

You must not suffer alone. Sexual assault call centers are a great way to be able to talk to someone who will believe you and offer you confidential support. Talking out what has happened to you is a great start to a meaningful healing process.